CULTURE AND WINE: THE 2018 SUMMER SEASON IS OVER

Another season is over. A rich program of cultural events was organized at Villa Spinosa even in the summer of 2018.

A rich program of cultural events was organized at Villa Spinosa even in the summer of 2018.

We started with an evening managed by the township of Negrar and dedicated to sport, sports values ​​and young people. The protagonists were: Roberto Boninsegna, Davide Tommasi, Matteo Nobile and Claudio Chiappucci.

Two books were proposed in two other evenings: Stefano Cagliari presented his book "Story of my father" in which he told about the story that involved his family in the 1990s. Claudia Farina and the lawyer Loretta Micheloni have presented "The turning-point", in the stories of ten women", in which they tell about “difficult life stories".

Two evenings were dedicated to the mountains: in the first one, Enrico Camanni presented the book "Alpi ribelli", while Diego Alverà presented the story of Walter Bonatti, a mountaineer struggling with the ascent of Mont Blanc.

The Gruppo Fotografico Pescantina has proposed the traditional photo exhibition, dedicated to an enological region such as Tuscany. Alessandro Beltrame presented his photo projection "From New York to Porto", a trip to Portugal.

Another summer of meetings, reflecting our attention not only to vineyards and wine, but also to cultural moments.

Send us a message 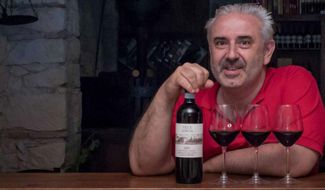 Please email us
to arrange a visit to Villa Spinosa.

We will let you know
all our proposals
for tours and tastings
in our company.